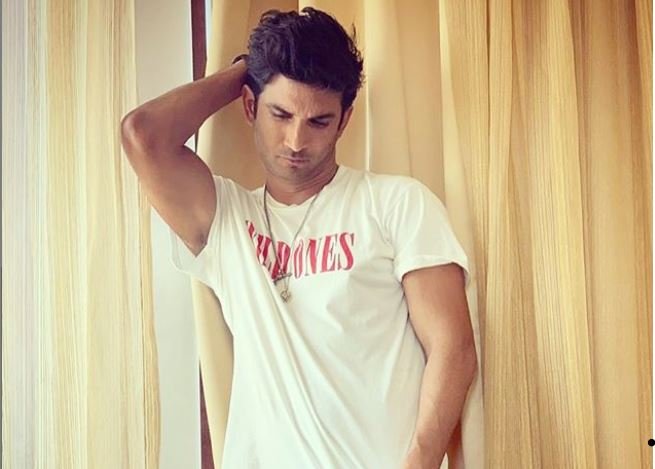 On 14 June 2020, we all received the sad news that he was no more and to this day no closure has been found with family, friends and fans still struggling to come in terms with the loss.

YOU MAY ALSO LIKE: Kumkum Bhagya Actress Shikha Singh Gushes Over Her Daughter

The late actor’s sister Shweta Singh Kirti who has been fighting for her brother’s justice has also been posting pictures of Sushant and this time she shared pictures that fans have never seen before.

Leaving many hearts warmed it was pictures of ‘Chhichhore’ actor in his childhood days. She captioned the picture as: “Those twinkling eyes… reflect the internal purity #SushantSinghRajput”

YOU MAY ALSO LIKE: Salman Khan Questions Sidharth Shukla About Asim Riaz And Shehnaaz Gill

Then again she shared a picture of him praying and captioned it: “PRAY…. Because when prayers are heard miracles happen!”

PRAY…. Because when prayers are heard miracles happen! 🙏

A few days back, Sushant Singh Rajput’s family lawyer said he is ‘getting frustrated by the delay’ after the meeting between CBI and the AIIMS forensic team was postponed. He further claimed that the doctor who is also a part of the AIIMS team had indicated him long back that the actor died by ‘strangulation’ and not ‘suicide’ after Vikas Singh sent him the photos.

His sister reacted to lawyer Vikas Singh’s statement and claimed that they have been waiting for so long. She further questioned as to how long will it take to find out the truth.

Her tweet read, “We have been so patient for so long! How long will it take to find the truth? #SSRDeathCase”.

We have been so patient for so long! How long will it take to find the truth? #SSRDeathCase https://t.co/Vn5R62a0SY

Prince Harry Will Fly Back To US Quickly After Philip’s Funeral...

Rajinikanth To Be Honoured With 51st Dadasaheb Phalke Award

India Vs England: “I Was Disappointed After T20 Series” – India’s...

Spotify Updates Its Desktop And Web Apps To Match Its Mobile...

Here’s How To Shift Gears In Tesla’s Updated Model S And...

ABOUT US
SurgeZirc India is the Indian edition of the SurgeZirc global multimedia blogging platform which publishes news, politics, entertainment, lifestyle, sports and technology.
FOLLOW US
© 2021 SurgeZirc India a member of SurgeZirc Media / by Lens Tech Inc.
wpDiscuz
0
0
Would love your thoughts, please comment.x
()
x
| Reply